B-21 being built in Palmdale 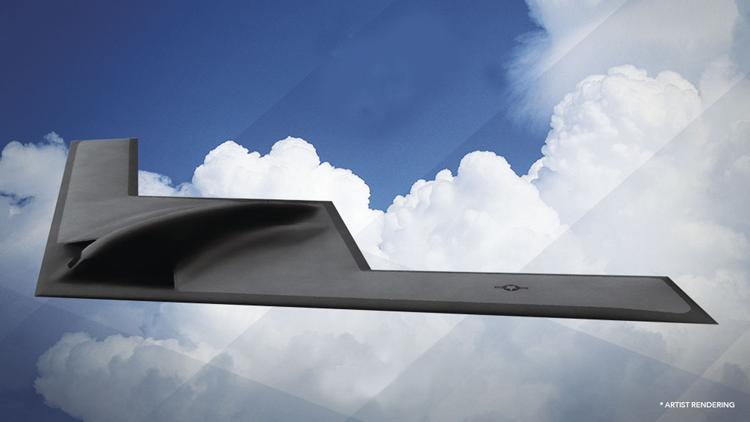 The Air Force, on Monday, confirmed what local officials have believed all along: The nation’s newest bomber, the B-21 Raider, is being manufactured at Northrop Grumman’s facility at Air Force Plant 42 in Palmdale. It will make its first flight from there to Edwards Air Force Base for testing.

PALMDALE — The Air Force, on Monday, confirmed what has been widely believed for years: The B-21 Raider bomber is being manufactured at Northrop Grumman’s facility at Air Force Plant 42 in Palmdale.

Acting Air Force Secretary Matthew Donovan, speaking to the Air Force Association’s Air, Space and Cyber Conference in Maryland, said “the development of the B-21 Raider is on schedule and the first test aircraft is under production at the same production facility in Palmdale, California, as its predecessor, the B-2. The first flight of the Raider will take it from Palmdale to Edwards AFB, where the legacy of excellence will continue with the reactivation of the 420th Flight Test Squadron.”

Donovan’s remarks were reported in an Air Force press release.

Since the Air Force awarded the contract for the top-secret bomber to Northrop Grumman in 2015, local officials have said the aircraft would be produced here, but there has never been confirmation from Air Force or Northrop Grumman as to the production site until now.

The new bomber, which could make its first flight in late 2021 and is expected to enter service in the mid-2020s, will be a stealthy successor to the B-2. Artist renderings of the classified aircraft show a strong resemblance to the batwing, tailless bomber.

At the time of the contract announcement four years ago, then-Rep. Steve Knight said he was told by Northrop Grumman, that it would employ 1,100 workers on the bomber in Palmdale, where the planes would be assembled.

He later suggested the moniker “Bombertown” for the Palmdale site at a celebration to mark the company’s contract, then at an estimated $80 billion.

Air Force and Northrop Grumman officials would not comment on B-21 production specifics during an event marking the 30th anniversary of the B-2’s first flight at the Palmdale site last month.

Northrop Grumman’s Palmdale site has seen growth in physical facilities and workforce, as the company continues a hiring spree.

Company officials, however, have not provided specifics as to the use of the new structures or the exact size and programs supported by the expanded workforce.

The Air Force confirmed in March 2018, that the bomber testing would be based at Edwards AFB, when Brig. Gen. Carl Schaefer, then commander of the 412th Test Wing, made the announcement during the Antelope Valley Board of Trade Business Outlook Conference.

The storied base has been the service’s historic proving grounds for generations of bombers and other aircraft, including the B-52, B-1B and B-2 fleets.

The Air Force said Monday the bomber will be based at three main operating bases: Ellsworth AFB in South Dakota, Whiteman AFB in Missouri, and Dyess, AFB in Texas.

If you are looking for any real estate investment opportunities in this area, please feel free to contact ACEQ Investment Group.