Arkansas officials joined Lockheed Martin (NYSE: LMT) executives to break ground on the new Long Range Fires Production Facility, the first of many expansions at the company’s site in Camden.

In June, Arkansas Gov. Asa Hutchinson joined Lockheed Martin executives during the Paris Air Show to announce the company’s $142 million investment in its Camden facility, adding 326 new jobs by 2024. These newly created jobs will grow the Camden facility workforce from approximately 650 employees to more than 900 employees in the next few years. 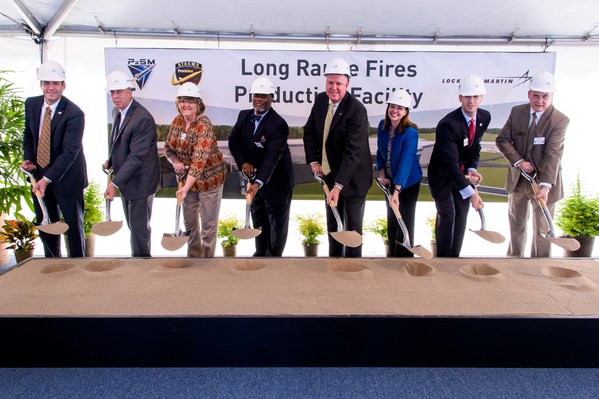 “This new building represents Lockheed Martin’s long-standing commitment to meeting our customers’ current and future needs, as well as bringing more high-paying jobs to the Camden area,” said Justin Routon, site director at Lockheed Martin Missiles and Fire Control’s facility in Camden. “Our facility has a long record of precision manufacturing and on-time deliveries, which is the reason Lockheed Martin continues to invest in our Camden Operations and this is an exciting first step in our expansion process.”

Building construction is slated for completion in the beginning of 2021.

About Lockheed Martin
Headquartered in Bethesda, Maryland, Lockheed Martin is a global security and aerospace company that employs approximately 105,000 people worldwide and is principally engaged in the research, design, development, manufacture, integration and sustainment of advanced technology systems, products and services.