Trump Authorizes a Space Command. Next, He Wants a Space Force, updated 9/5/2019

Home Trump Authorizes a Space Command. Next, He Wants a Space Force, updated 9/5/2019

Trump Authorizes a Space Command. Next, He Wants a Space Force.

President Trump authorized the creation of the United States Space Command, calling the unit a precursor to the Space Force, a sixth branch of the military he has promised supporters.
Credit: Anna Moneymaker/The New York Times

WASHINGTON — President Trump on Thursday authorized the creation of the United States Space Command, citing the need for a centralized unit to protect American interests in what he called “the next war-fighting domain.” He described the command as a precursor to the Space Force, a sixth branch of the military that he has promised to supporters at his rallies and that he wants Congress to create.

“The Space Force will organize, train and equip warriors to support Spacecom’s mission,” Mr. Trump said during a Rose Garden ceremony authorizing the command, which he said would assert American dominance in space “because we know the best way to prevent conflict is to prepare for victory.”

The idea of establishing a unified command to coordinate the military’s role in space is not new — President Ronald Reagan created something similar, but it was disbanded after the Sept. 11, 2001, attacks, when fighting terrorism became the Pentagon’s priority.

But 17 years later, there is little doubt at the Pentagon about the need to protect American interests against global competitors like Russia and China in the event they target space-based American technology, especially the satellites that help guide aircraft carriers in the North Arabian Sea and fighter jets over the Persian Gulf and that enable intelligence officers to gather information on adversaries.

“Space will be a part of future conflicts on Earth, with space-based technology playing a critical role and space capabilities increasingly becoming military targets,” said Brian Weeden, a former Air Force nuclear and space operations officer who is now the director of program planning at the Secure World Foundation in Washington.

While there is widespread agreement that threats exist, how to confront them is a matter of debate.

In the past, responsibility for space has largely rested on the Air Force, and the president named Gen. John Raymond, who has led the unit, as the head of the new combatant command, praising him as a “warrior” with “integrated space capabilities to make our military even stronger and to pave the way for a new era.” 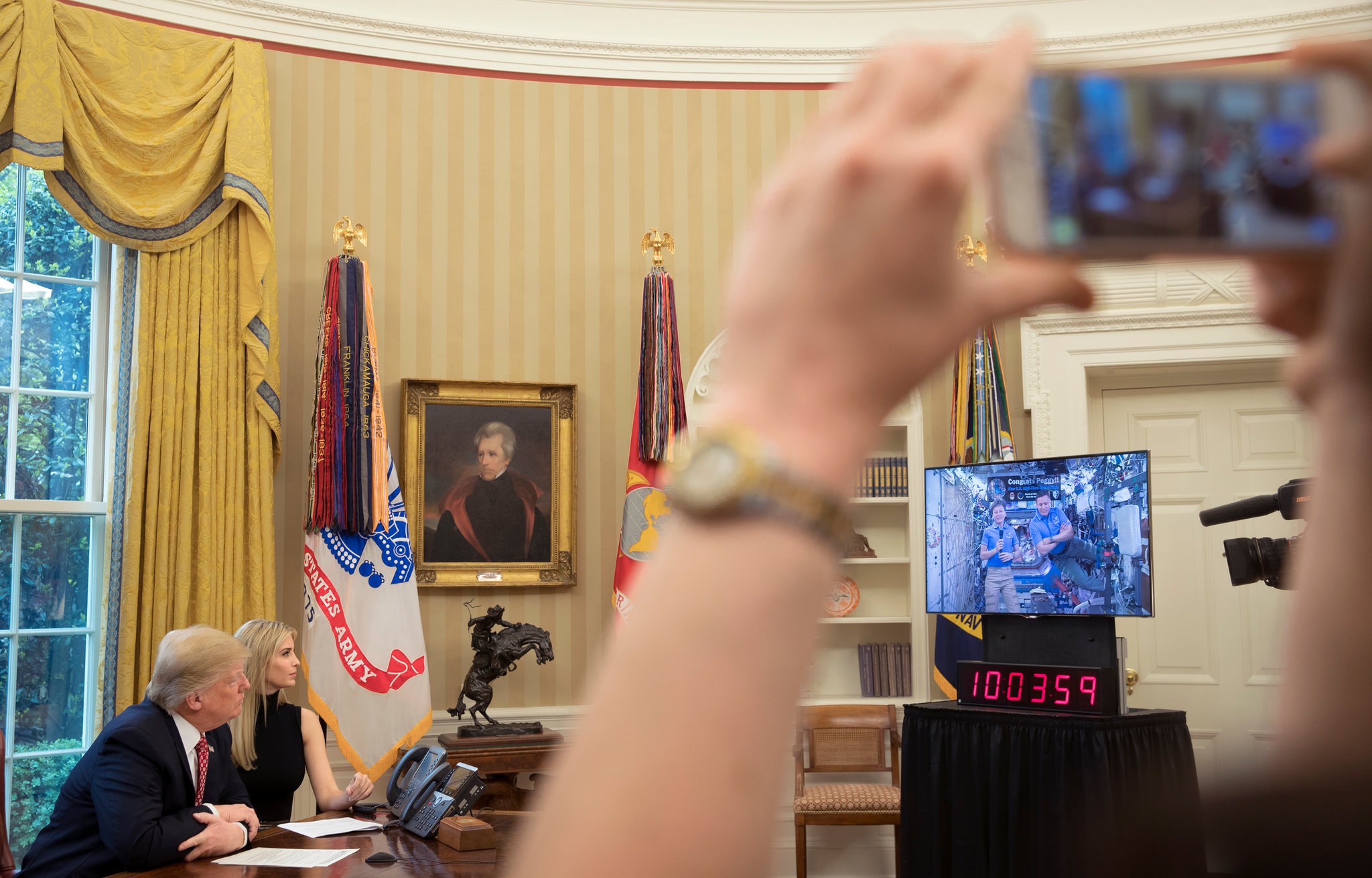 But Mr. Trump’s determination to create a separate service branch has drawn criticism from experts who have said it would drain resources and create needless red tape. And there are additional disagreements, including how to define “war fighting” in space and partisan bickering over what Mr. Trump wants to call it.

The creation of a Space Force, which hinges on congressional approval, would further centralize and elevate the responsibility to recruit, train and equip military personnel to protect American satellites from Russia and China, which are developing antisatellite weapons. A United States intelligence threat assessment warned last year that both nations would be able to shoot down American satellites in two to three years.

In the meantime, there is a fight over its name.

“The Democrats want ‘Corps’ and the G.O.P. wants ‘Force,’ said Todd Harrison, the director of the Aerospace Security Project at the Center for Strategic and International Studies. “They should just call it the Space Defense Force. That would reassure allies that it’s not about offensive military power or destroying other people’s stuff in space, it’s about defending our national assets from space.”

But some of the president’s allies would like the Trump administration to move quickly to establish a military presence in space. Newt Gingrich, the former House speaker, and a small but vocal group believe that the Space Force should move aggressively to protect American interests, building military bases on the moon before global competitors can do so.

Proponents of a more aggressive approach lobbied for the Space Force commander to be Lt. Gen. Steven L. Kwast, an Air Force general who has argued in interviews that the United States is trailing China by 30 years in settling a colony on the moon and has publicly supported the Space Force when his superiors at the Pentagon opposed it.

Mr. Gingrich, for his part, has written a proposal to quickly deliver resources to the moon to establish a lunar base. This week, a White House official called Mr. Gingrich “a friend of the White House,” but said he is not officially advising the White House on space exploration.

Critics are concerned about the consequences of an overly aggressive response. “We can build a force that can go into space and fight,” Laurie R. Blank, a space law expert at Emory University, said in an interview. “But, in fact, we already have the capabilities — and we can continue to develop them — to do what we need to do and counter what our adversaries are doing.”

She added that there was concern among analysts about how the United States’ adversaries may conduct themselves in an uncharted environment, particularly if they refine their abilities to disrupt technologies pertaining to satellites, communications and precision-guided munitions. 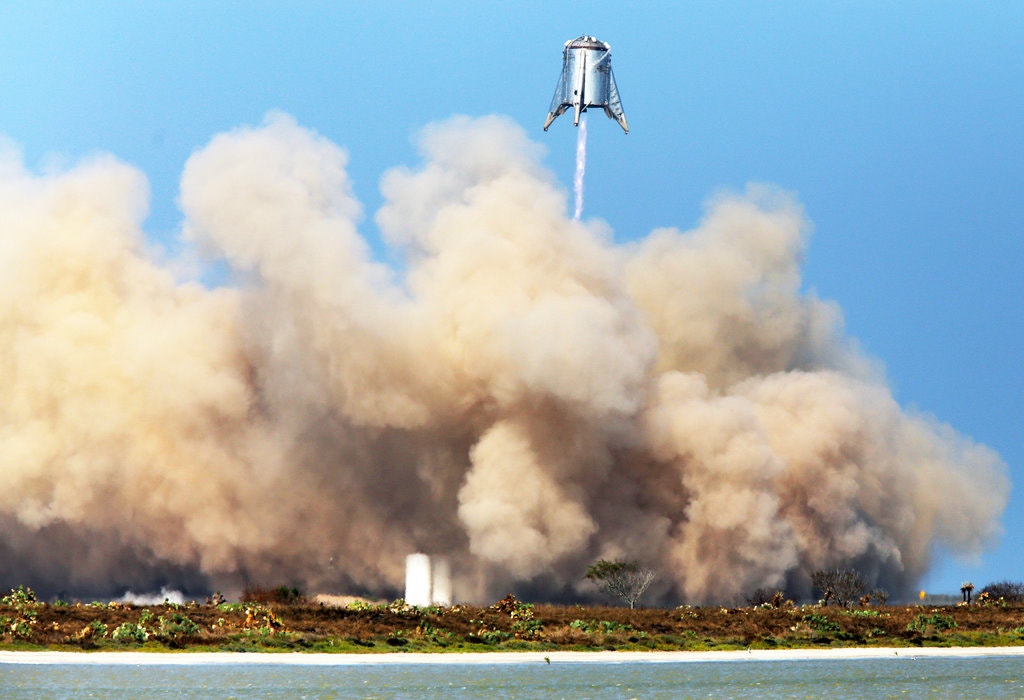 “Two of our main adversaries on the world stage, Russia and China, often have very different views about what international law means,” Ms. Blank said. “What its value is and when you have to follow it. And, of course, they’re the two biggest players with the United States in outer space.”

While expressing enthusiasm for the Space Force, Mr. Trump has recently defined his own goals more in terms of pushing the United States to reach Mars, just the way President John F. Kennedy paved the way to go to the moon. He has generally spoken less about the need for a more robust military defense of space in favor of publicly pondering what explorers might find if Americans had the ability to travel to another planet.

“Space, to me, is very important for defense,” Mr. Trump said in July at a gathering in the Oval Office to commemorate the 50th anniversary of the Apollo 11 moon landing, before he extensively pondered the benefits of humans bypassing the moon and flying directly to the red planet. On Independence Day, Mr. Trump told Americans gathered on the National Mall that “someday soon we will plant the American flag on Mars.”

Mr. Gingrich said that the president likes the idea of, as he put it, “occupying the moon, developing the moon and continuing to Mars,” perhaps beginning with partnerships with Jeff Bezos’s Blue Origin and Elon Musk’s Space X projects — projects run by two billionaires whom Mr. Trump recently referred to as “rich guys sending up rockets.”

“I think his interest starts with, if he’s the president who gets us to the moon and Mars, he’ll be historic for as long as people write histories,” Mr. Gingrich said. “To be the president to be the one who got human beings permanently off the planet would for several thousand years be a very big deal.”

During his first public appearance before reporters since returning Monday from the Group of 7 summit in France, Mr. Trump on Thursday seemed focused on the task at hand, even though he had spent the day on Twitter assailing the news media and James B. Comey, the former F.B.I. director who was criticized in an inspector general report released earlier in the day for setting “a dangerous example” for officials with access to government secrets.

In the Rose Garden, Mr. Trump stood and smiled as a Space Command flag was unfurled and planted on the lawn.

“I think that’s obvious to everybody,” Mr. Trump said. “It’s all about space.”

A version of this article appears in print on Aug. 29, 2019, Section A, Page 18 of the New York edition with the headline: Space Force Must Wait, But Trump Authorizes Initial Command Unit. Order Reprints | Today’s Paper | Subscribe